I created this page to tell you my story. It's just for you. If you want to send it to someone else let me know first.

One motivation for writing this is to get feedback from someone who knows the "A list" art world. I've tried before without much luck. My perception is that since I don't have an MFA they don’t want to have anything to do with me. I'm an outside artist and I'm on my own journey. I have no idea what the trends are and don't care. When I've shown my work to people at major galleries they don't seem to get it the way people get it at my shows. Maybe I'm not communicating in properly, or maybe my work doesn’t work in a "fine art" setting. This is a big question I want your help answering. I'd like to know if you think my core idea has potential in the fine art world, and I just need to communicate or position it differently, or if I should ignore the fine art angle and just go my own way

Another motivation is simply to communicate my complete story to someone that doesn’t know me. I've never tried to write it down all in one place, so just writing this is an end in itself, and an opportunity for me to sort out my idea. I'm finding it very freeing to write this to someone that has no associations with me other than a somewhat drunken conversation at the end of a wedding. So, here goes!

For as long as I can remember I've wanted to draw, however when I've never been good at it. The first success I had creating was with ceramics in high school. It worked for me because I could start with something general and gradually change it until it became what I envisioned. I also found that when it came to working I connected with the 3d medium much better than flat art. The problem was drawings, esp. simple line drawings, were what I loved most.

My big breakthrough came when I was 34 and saw a scene from a documentary on Alexander Calder showing him making one of his wire sculptures. In that moment it clicked that wire offered the possibility of making line drawings with the approach I loved from ceramics. I went straight to Home Depot, bought a big spool of coper wire, and completely immersed myself in wire art.

From that point things happened fast. After 6 months I had basic control of the medium and a small body of work that I liked. I also lucked into finding an open studio in Seattle on a monthly Art Walk circuit. So 6 mo. after starting I had my first of what was to be 4 years of monthly shows. The monthly deadline was awesome and forcing me to keep innovating. Having a regular audience of strangers was also great at learning what worked. I would sit back out of sight and watch their reactions. It was much more useful then reactions from my friends and family, who felt pressure to be supportive. Here's a few of the early pieces…

At one show early on I hung the pieces from string because I was running out of space for free standing sculptures, and when lit they of course mad shadows. At that show someone commented "your wire sculptures are ok, but these shadows are great!". That was the ah ha to make shadows a first class element of the art.

The second happened in Amsterdam at a club called the Milk Veg. I was at a show there and went off to an out of the way play to work on the wire, which at that time I took with me everywhere. I sat in a corner and made what was to be the first of the half face pattern I've used ever sense. In that first piece I solved a bunch a problems for how to create a single line that covered all the features of a face in a way that worked at every point in a 360 rotation. I was complete engrossed in it and when I was done I looked up to find that people had gathered all around me sitting on the floor watching, maybe 30 or so. I stopped and held up the piece and they clapped. I guess they thought I was doing performance art. When I got back to Seattle I hung the piece up and put a light on it and sure enough it worked from all sides. I felt a real connection to Calder at that point, like I was combining two core elements of his work (wire sculpture and the mobile) in a way that he didn't. Thus I felt I was taking his ideas to a new level

At that point I had a good shadow on the wall, but the sculpture was in the way. The next step was to find a way to project it on a screen so that it really looked like a like drawing. That turned out to be harder than I expected. I tried various fabrics and none of them got the effect right. They were either not diffused enough, or too opaque. In the former there would be a big hot spot in the middle of the screen, in the latter it would be too dark to make an image. I spend months looking for the right material and finally found a paper with exactly the properties I needed. Another problem solved, but there would be many more… 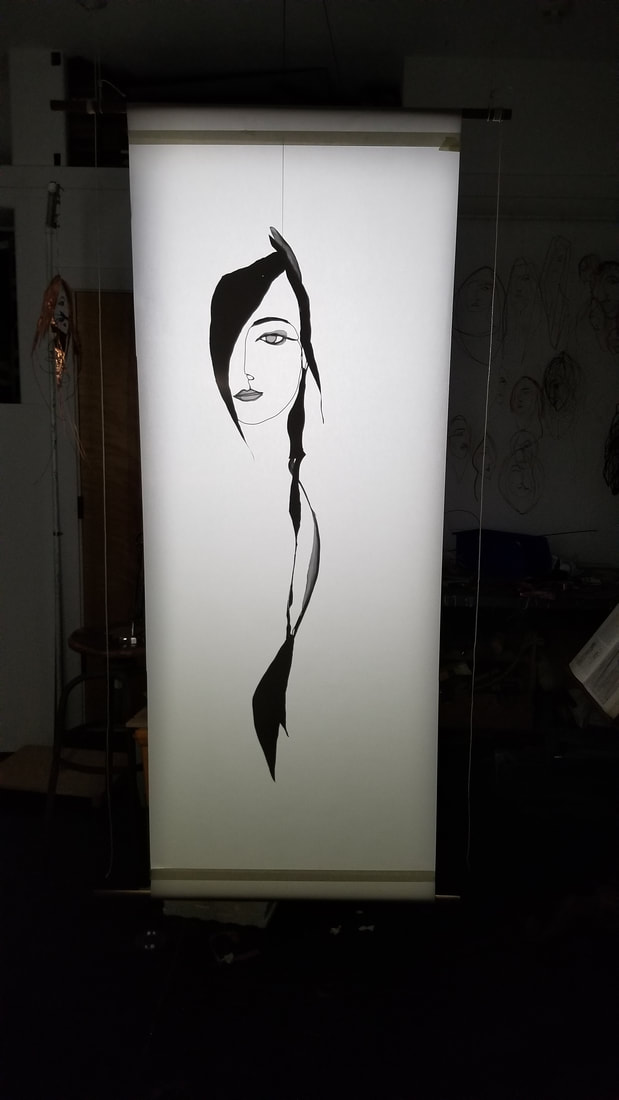 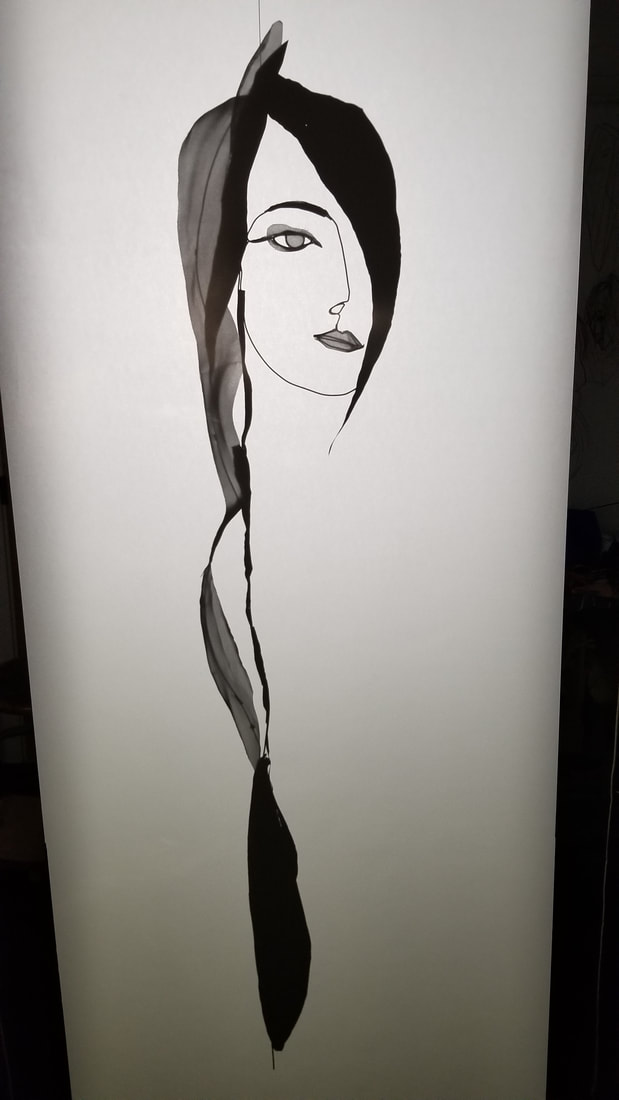 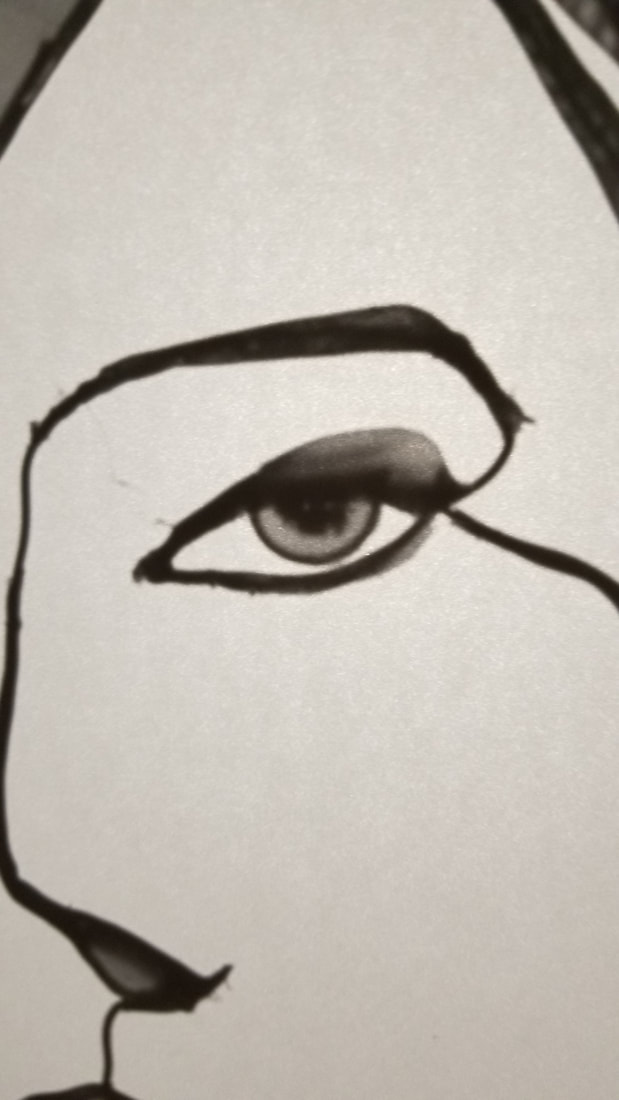 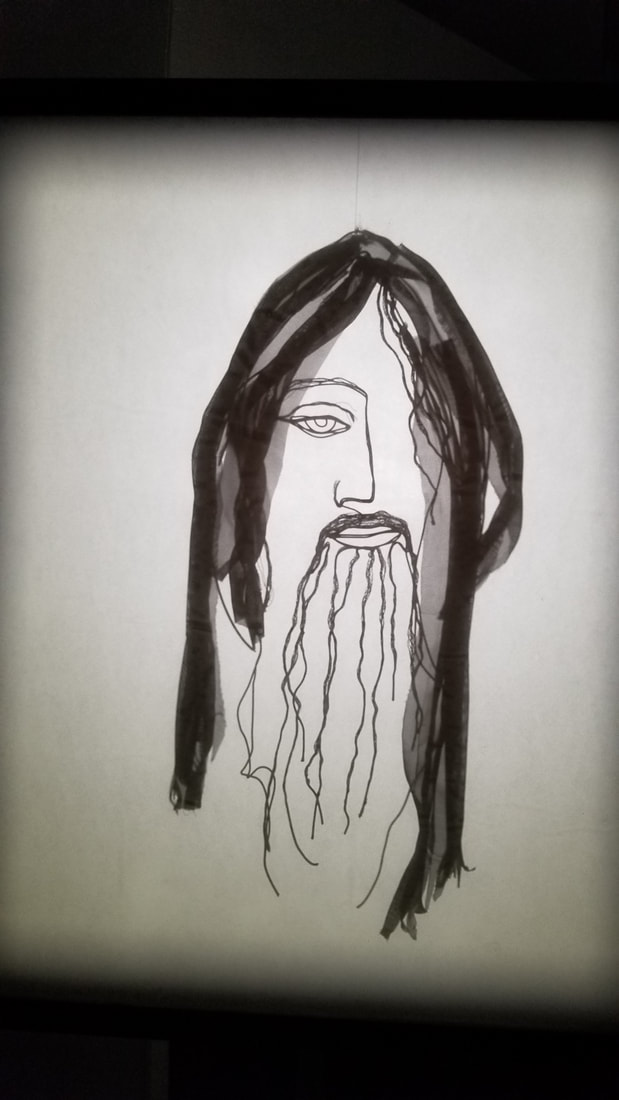 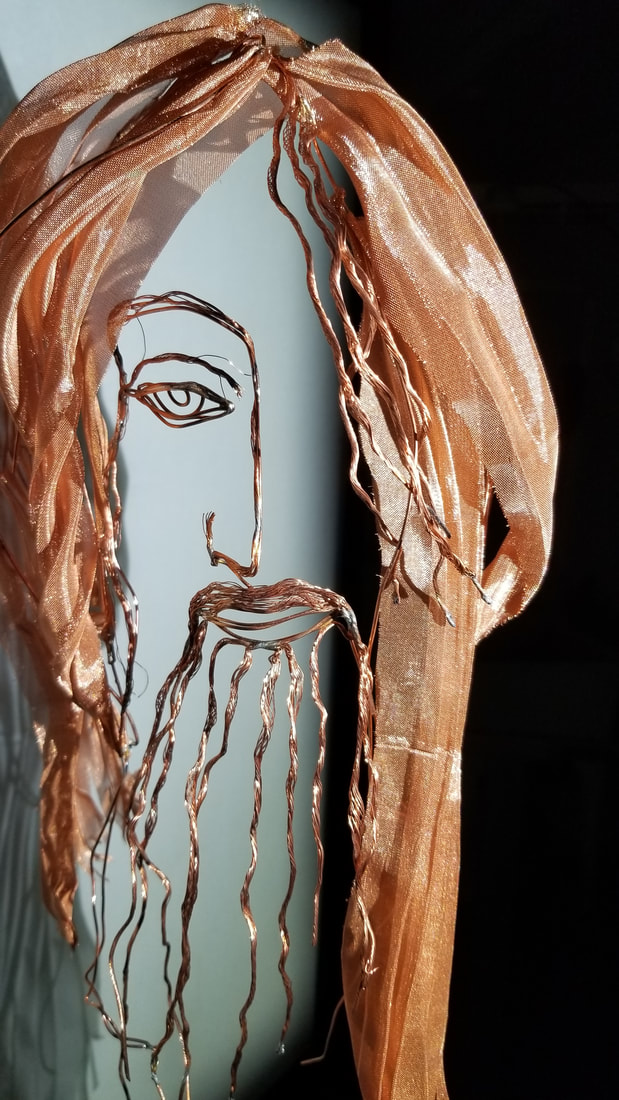 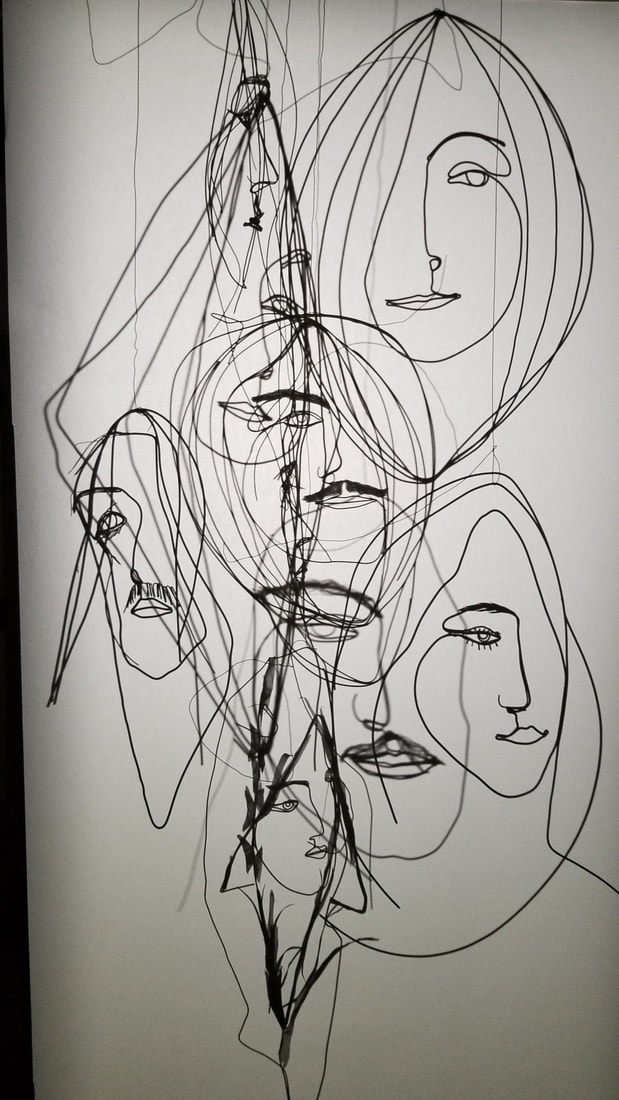